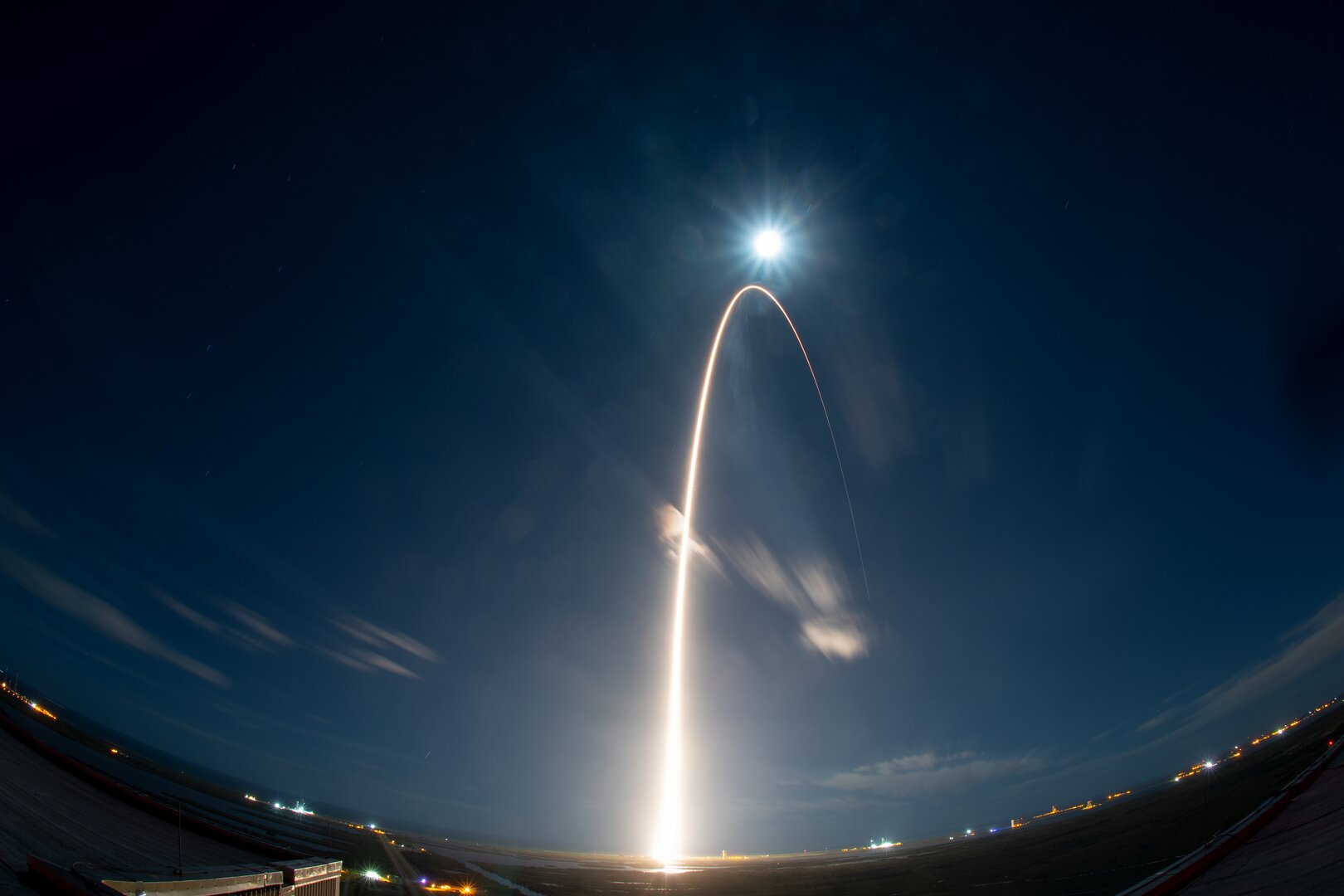 Scientists from the Dublin Institute for Advanced Studies (DIAS) attended the launch of the European Space Agency’s Solar Orbiter spacecraft from Kennedy Space Centre at Cape Canaveral in Florida on Monday 10th February.

Solar Orbiter will address some of the most challenging problems in space science and help us understand how the sun operates and impacts the Earth and the entire Solar System. It was launched from Cape Canaveral at 4:03m Irish time on Monday 10th February and will spend 7 years on its mission, sending images back to the Earth.

There are strong Irish connections to the Solar Orbiter: researchers from DIAS were involved in the development of software for the satellite, while an Irish company – ENBIO – developed the protective heat shield that will enable the Orbiter to study the sun at an unprecedented level of proximity.

Professor Peter Gallagher, Head of DIAS Astrophysics, is a Co-Investigator for the Solar Telescope Imaging X-rays (STIX) instrument on Solar Orbiter, and attended the launch in Florida, along with DIAS researcher Dr. Shane Maloney, who worked on software for the spacecraft.

Speaking in advance of the launch, Professor Gallagher said: “Irish research and innovation have played a vital role in the development of the Solar Orbiter. The observations the Orbiter will collect will help scientists better understand what drives the sun’s activity and how the Sun effect the Earth. It is testament to the calibre of researchers working in Ireland that we have such strong Irish involvement in this project.”

Ireland’s membership of the European Space Agency, funded by the Government through the Department of Business, Enterprise & Innovation, enables Irish industry and research institutes to participate in the development of technologies for ESA science missions such as Solar Orbiter.

Irish companies ENBIO and CAPTEC won a total of €3.1M in industrial contracts for the Solar Orbiter mission, with ENBIO developing a unique thermal coating for the spacecraft’s high-gain antenna and heatshield, and CAPTEC providing software services to ensure that Solar Orbiter’s critical onboard software is fit for purpose.

Trinity College Dublin and the Dublin Institute for Advanced Studies received ESA funding of €965k to support the development of imaging software for the STIX (Spectrometer/Telescope Imaging X-rays) instrument, one of ten science instruments on Solar Orbiter.