This research area investigates the structure and dynamics of the deep Earth, from its crust to its core. Seismic waves generated by distant global earthquakes, are used to study wave propagation by applying tomographic methods that are similar to medical imaging techniques. These yield information about the chemical and thermal state of the Earths crust and mantle and the tectonic processes that operate deep within the Earth that are responsible for the growth and deformation of continents and oceans. In addition to global-scale seismic imaging investigations of the Irish and European lithosphere using locally deployed seismic instruments are also undertaken. A permanent array of seismic instruments is also deployed across Ireland to monitor seismic activity on land and the surrounding offshore. One particular focus of this global research theme is the North Atlantic lithosphere between western Europe and eastern North America. This is strongly related to and complimentary to the Marine Geophysics research theme.

Seismic stations around the world record the tiny vibrations of the Earth’s surface caused by earthquakes thousands of kilometers away. Recordings of these vibrations (seismograms) enable seismologists to perform seismic tomography, or 3D imaging of the Earth’s deep interior. This image below shows variations of seismic velocities at a 100-km depth in the Earth’s mantle. High velocities indicate low temperatures, most noticeable within the cold, thick tectonic plates of the ancient cores of continents (cratons). Low velocities indicate high temperatures or partial melting of the rock, such us beneath the mid-ocean ridges where new oceanic crust is formed. 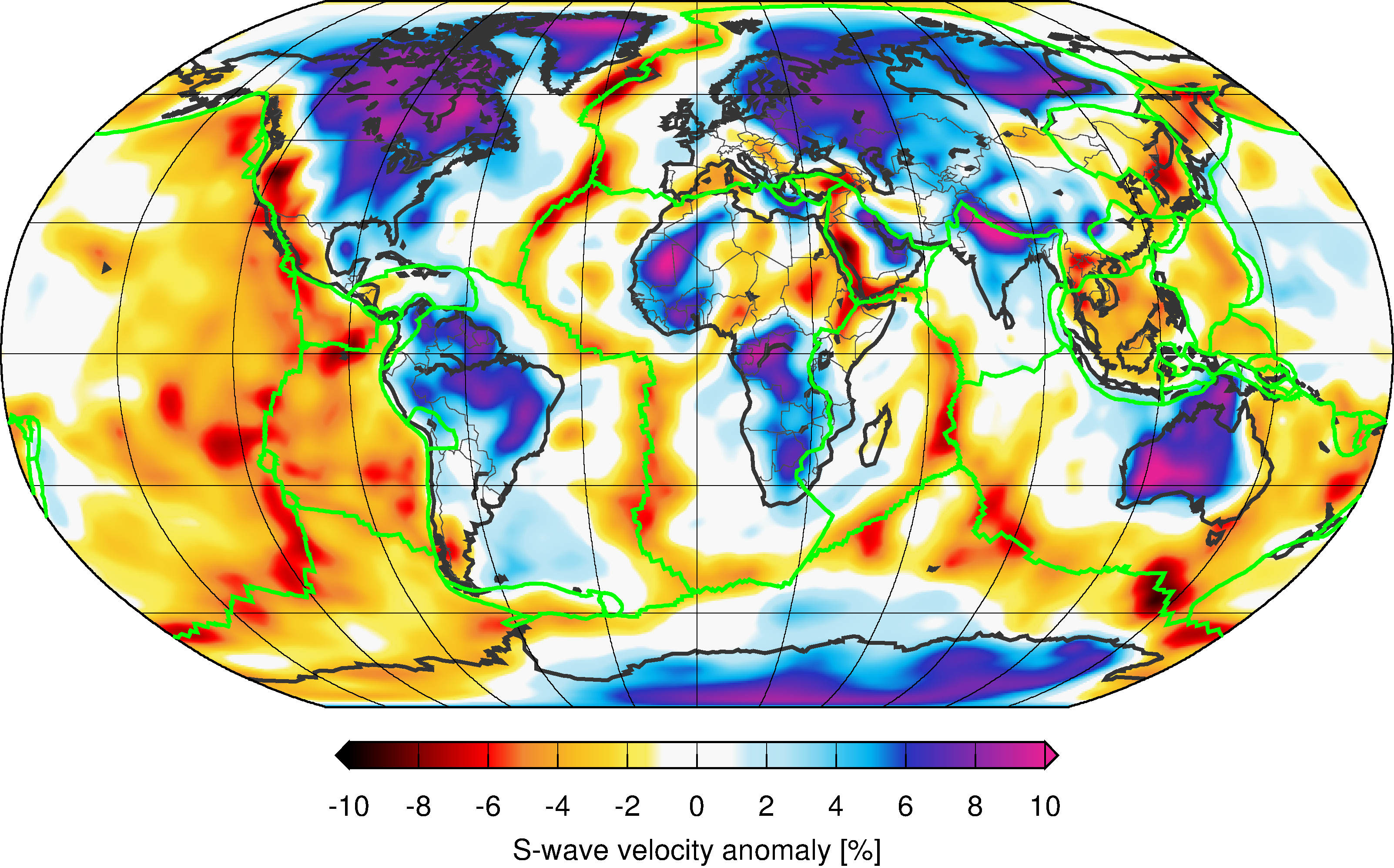 Ireland Array is a new array of broadband seismic stations deployed across Ireland by DIAS Geophysics The backbone component of the array is formed by 20 stations, equipped with Trillium 120PA seismometers and distributed uniformly across Ireland. These 20 stations have been installed in 2010 – 2012 and will be deployed for 5 years. Deployments of additional 15 stations (each with a Guralp 40T seismometer) are used to complement the backbone-component coverage and to target fine structure of the subsurface in specific target areas.

Ireland Array is a major new geophysical facility, producing abundant seismic data. It will reveal Ireland’s deep structure and evolution in unprecedented detail. Ireland Array will also underpin geothermal energy research by illuminating in detail the structure of Ireland’s crust and entire lithosphere. New insight into 3-D regional lithospheric structure and evolution will also benefit basin-evolution research, relevant for hydrocarbon exploration. Yet another target of Ireland Array will be Ireland’s seismicity, modest but insufficiently understood at present. Ireland Array invites collaborations with Earth scientists in Ireland, as well as abroad, and is aimed to benefit the entire community. For more details click here.