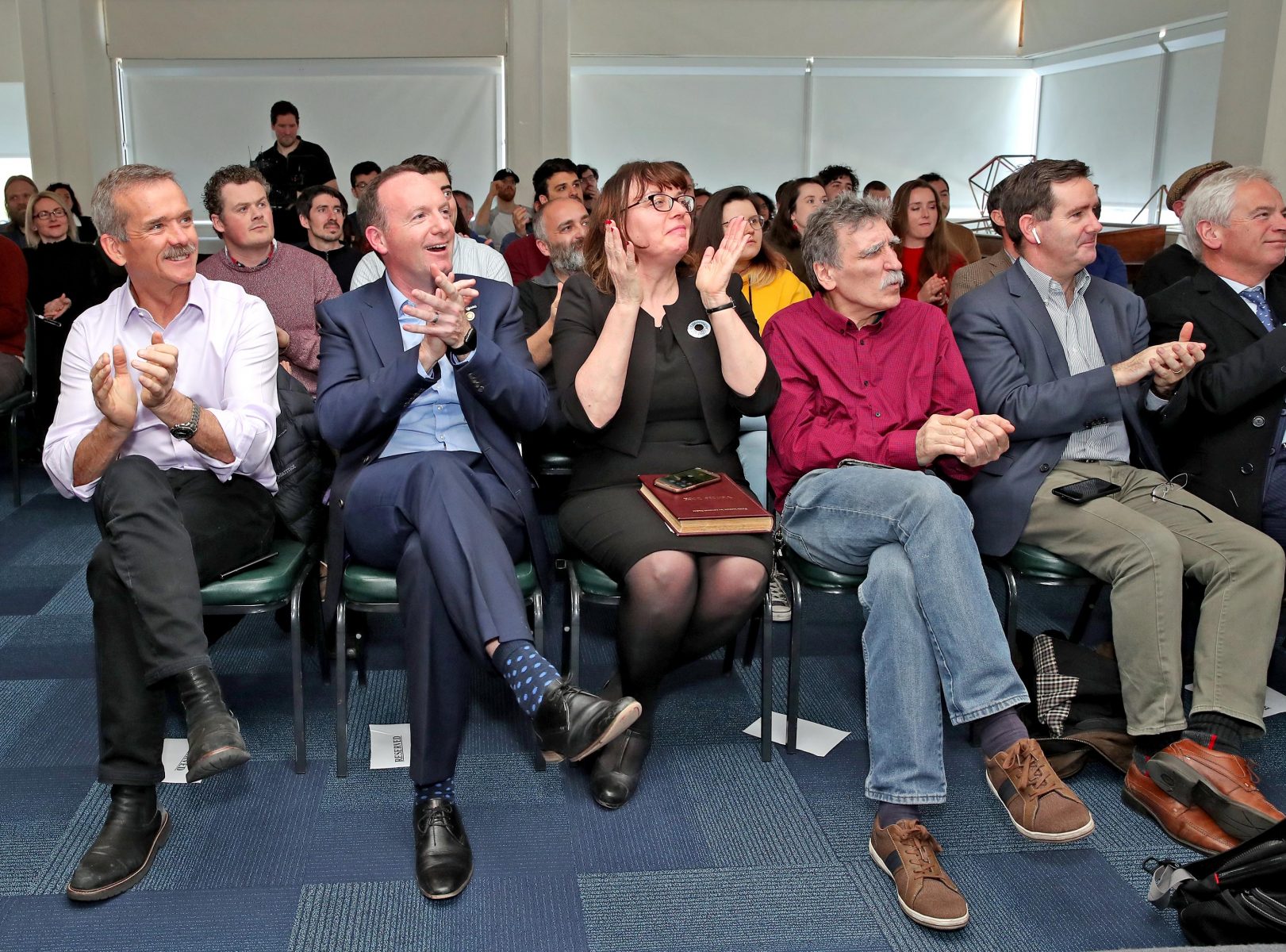 Below is information on upcoming DIAS internal & public events. To keep up to date with DIAS events – subscribe to our newsletter here.

7th June: DIAS Dunsink Observatory Public Open Night to kick off Solarfest 2019
Prof. Tom Ray will give a talk about the 1919 Solar Eclipse Expedition and “Ireland’s Role in Proving Einstein Right”, followed by a hands-on viewing of the night sky. More information here.

7th June: 81st EAGE Conference and Exhibition
DIAS’s Dmitry Molodtsov will deliver a talk at this event in London, which involves a large conference, over 1,000 technical oral and e-Poster presentations, and a technical exhibition presenting the latest developments in geophysics, geology and reservoir/petroleum engineering.

8th June: Solarfest at DIAS Dunsink Observatory
This annual event is a celebration of solar astronomy for professional and amateur astronomers, as well as the general public. The event will take place from 11am-5pm and will feature various speakers throughout the day. See here for further information.

10th-11th June: iCRAG (Irish Centre for Research in Applied Geosciences) Summit
Taking place at the Hodson Bay Hotel, Athlone, the summit will bring together iCRAG researchers from DIAS and other Irish universities to discuss a variety of Geoscience topics.

11th June: Bloomsday festival event in DIAS Dunsink Observatory: “A heaventree of stars”
An evening of readings, discussions and music will be held in the original Meridian room of the observatory at Dunsink, now part of DIAS. This event is open to the public. More information on speakers and times here.

1st-5th July: Amplitudes 2019
Amplitudes 2019 will be the tenth-anniversary edition of the most important international conference on scattering amplitudes, which describe the interactions of fundamental particles and fields. Leron Borsten, School of Theoretical Physics has been invited to speak at this event. Further information here.

4th July: “100 years of the International Astronomical Union – the Irish and Portugese experience”
Secretary General of the International Astronomical Union and former Board member of the School of Cosmic Physics, Professor Teresa Lago will give a talk at DIAS. The lecture will explore Ireland’s long history of association with the IAU, as well as the experience of small countries joining the European Southern Observatory and the important role of astronomy education. This is an invite only event.

8th-18th July: 27th General Assembly of the International Union of Geodesy and Geophysics (IUGG)
The IUGG are a major international organisation dedicated to advancing, promoting, and communicating knowledge of the Earth system, its space environment, and the dynamical processes causing change. This meeting will bring together thousands of researchers from around the world. DIAS’s Sergei Lebedev is a co-convenor of the session “Cratonic Structure and Dynamics” at the event, and the presenter of two talks, on research performed at DIAS. Further details on registration here.

20th July: Anniversary of Apollo 11 moon landing
The 20th of July marks the 50th anniversary of the first humans landing on the Moon, as part of NASA’s Apollo 11 mission. DIAS Professor Emeritus, Denis O’Sullivan, was involved in studying the moon rocks as part of this mission, and was one of the first people on the planet ever to handle the lunar material.

22-26 July: The XVIth International Congress of Celtic Studies
The International Congress of Celtic Studies is the foremost international gathering of scholars researching the languages, literatures and cultural traditions of the Celtic-speaking peoples. Held once every four years, the Congress provides a forum in which experts from across the full range of Celtic Studies — including literature, linguistics, history, archaeology, musicology and art history — come together to share the fruits of their work. Speakers from DIAS include: Chantal Kobel, Barry Lewis, Andrea Palandri and Nora White. Learn more

25th July: Award of the 2019 O’Ceallaigh medal to Professor Piergiorgio Picozza
The O’Ceallaigh medal honours Professor Cormac O’Ceallaigh who was Senior Professor and Head of the Cosmic Ray Section at DIAS from 1953-1984. The international award is made every two years and marks outstanding contributions to cosmic ray physics over an extended career. The medal will be presented during the opening ceremony of the International Cosmic Ray Conference in Madison, Wisconsin, USA.

27th August: Julia for Scientific Computing
Julia is a new language which aims to solve the two language problem of scientific computing (writing prototype code in one language (Matlab/Python) and production performant code in another (Fortran/C/cython). This course aims to introduce users to Julia, demonstrate its main features and provide enough instruction to get up and running with it. Participation in the course is free of charge. Registrations will be accepted on a first-come, first-served basis. Further information available here.